Gerry Boyle takes over as chair of AgriSearch 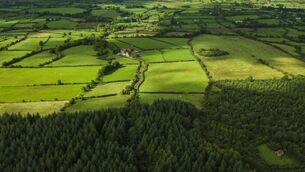