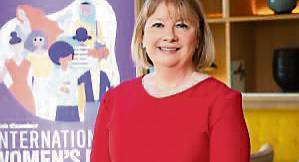 IFA President: Our proposals in response to the Covid-19 pandemic

It is time to support Ireland's food producers